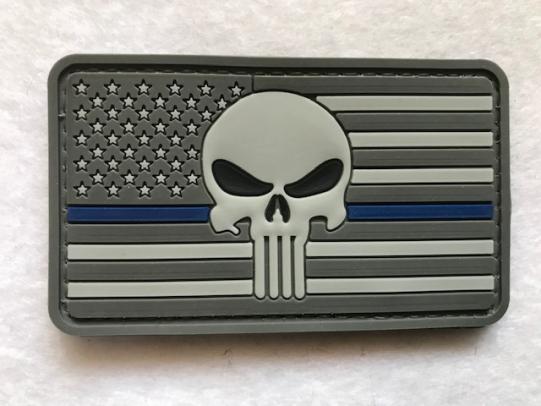 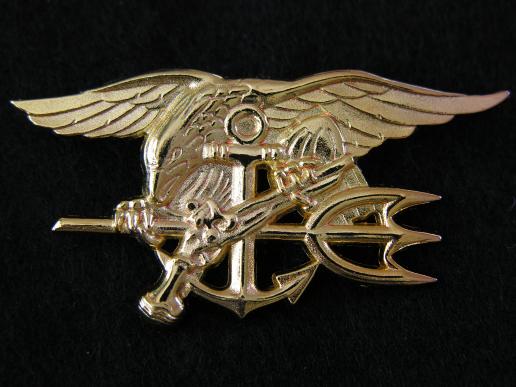 This is the U.S. Navy's Special Warfare insignia, also known as a "SEAL Trident" in gold for Officer or Enlisted personnel, full size at 2 3/4", maker marked V-21-N with clutch back fittings.

The Special Warfare insignia, also known as the SEAL Trident or its more popular nickname, "The Budweiser" is earned after completion of BUD/S and SQT, is one of the most recognizable mi... read more 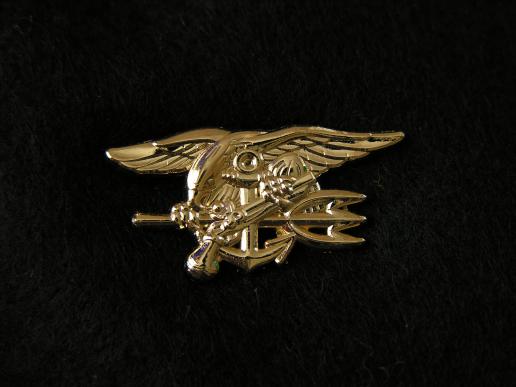 Here we have the Gold issue miniature size. Measures 1 1/2" with clutch back fittings.  read more

This is a SEAL enlisted badge in silver, full size measures 2 3/4", makers mark V-21-N with clutch back fittings.

The Special Warfare insignia was initially issued in two grades, being a gold badge for officers and silver for enlisted. In the 1970s, the Silver SEAL badge was abolished and the Special Warfare Badge was issued thereafter in a single grade. The SEAL badge is therefo... read more 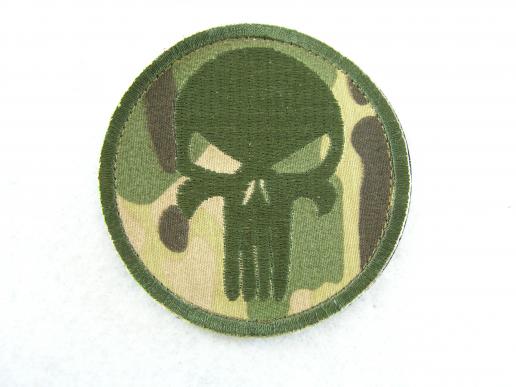 Marvel Comics character The Punisher first appeared in The Amazing Spider-Man #129 (cover-dated February 1974). The Punisher was initially an antagonist to Spider-Man; as a vigilante, The Punisher is relentless in killing criminals, which puts him at odds with Spider-Man and other Marvel sup... read more