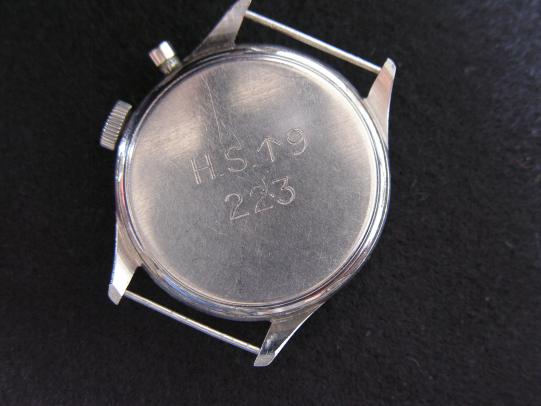 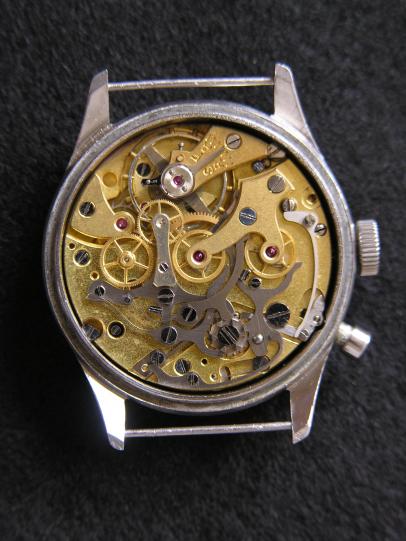 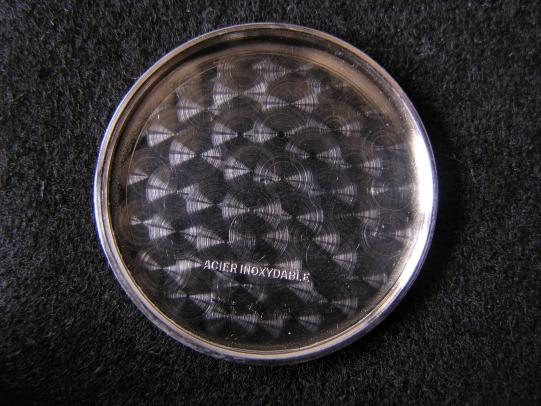 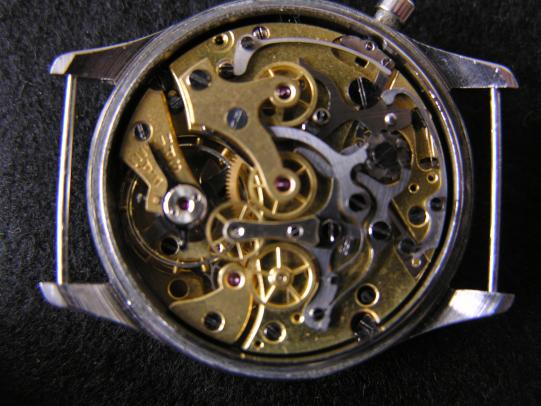 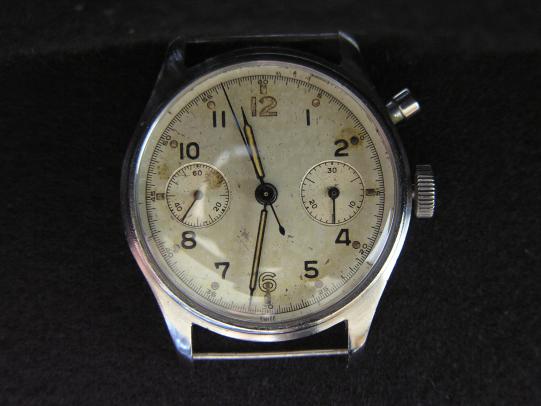 Here we have a rare early Lemania HS9 wristwatch. This example is one of the very first of its kind, a series 1 with sterile dial (not maker marked on the face), issued to the Royal Navy Fleet Air Arm in the 1940’s.

The HS9 designation displayed on the case back stands for Hydrographic Survey and is the earliest marking. It is the predecessor to the NATO style engravings which many of these watches were later converted and finding an example still clearly displaying HS9 without being crossed out or replaced is rare.

The watches were first ordered by the Navy for pilots and navigators in the late 1940s and Lemania continued supplying them until the early 1960s.
Please note - In working order although the accuracy is not implied or warranted.

The caseback has the original military markings: HS 9 stands for Hydrographic Service, so for Naval issue the broad arrow and denotes crown property, 9 is the stores code for a chronograph wristwatch.